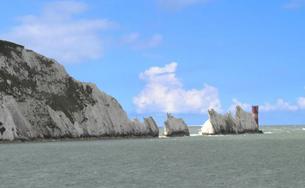 The Isle of Wight with its chalky white towering cliffs stretching out into the English Channel, secluded sandy beaches the Isle of Wight is postcard perfect. You can follow the royal footsteps of Charles I and Henry VIII to the island castles or travel back two millennia to Roman villa ruins. Visit the private beach of Queen Victoria. The fun-loving island's array of festivals covering garlic, pop, jazz and sailing round the Island and Cowes week plus other events throughout the year.

A small sample of the top places to visit on the isle of Wight include Shanklin Chine A wooded coastal ravine, Appuldurcombe House Owl and Falconry Centre, Robin Hill Country Park, Monkey Haven a Gold award-winning attraction, Isle of Wight Steam Railway and The Needles the Islands most famous landmark. 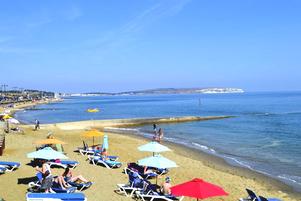 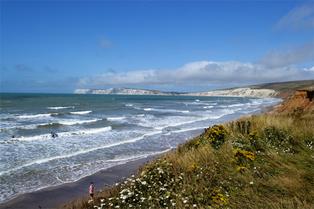 Spring is a particularly popular time to visit the Isle of Wight and the weather is fairly mild during March, April and May, although some days may be wet and windy. The sub-climate on the south-eastern side of the island tends to be noticeably milder at this time of the year.

During the summer months of June, July, August and September, the Isle of Wight has much fine and often extremely sunny weather and the climate is generally between one and two degrees higher in temperature than on mainland Hampshire.

Shanklin and the Isle of Wight offer a full range of attractions for all weathers and to suit every taste. From the brilliant Beach & Esplanade to the local Theatre, "Shanklin Old Village" to the historical Shanklin Chine and a grand Amusement Complex to a re-modelled Mini-golf and a brand new Crazy Golf course, the choice is so varied.

PLUTO (Pipe Line under the Ocean) It ran, initially at least, for 70 miles along the Channel seabed to Channel to Cherbourg. It ran through the Shanklin Chine and there are still 65 yards of the pipe remaining the pipeline carried petrol for the Normandy invasion in 1944